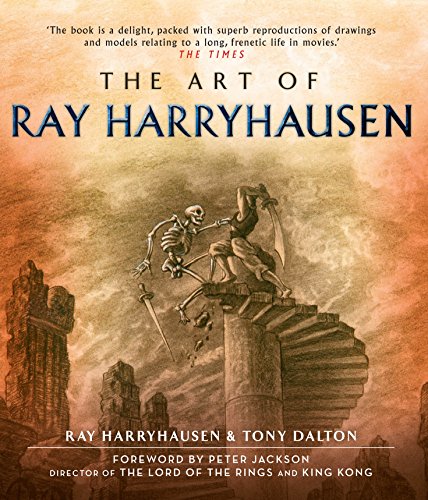 ‘A delight, packed with super reproductions of drawings and models relating to a long, frenetic life in movies’

‘One of the best-loved fantasy artists and animators of the last century...a perfect gift for fans’

In An Animated Life (Aurum, 2003) Ray Harryhausen told the story of his career as the acknowledged grandmaster of special effects in the pre-computer era, the creator of classics such as One Million Years BC, Jason and the Argonauts and Clash of Titans.

In this book the focus is not on the movies themselves, but on the vast hoard of artwork which Harryhausen has carefully preserved in his London home. These include preliminary sketches, elaborate drawings of key scenes and carefully plotted storyboards, all produced as he sought backing for his next venture and prepared to undertake the laborious task of animating the prehistoric creatures, aliens and mythical monsters which stole scene after scene from the human actors. There are also the tiny, elaborately articulated models which Harryhausen created to play these roles and the bronzes which he cast to preserve their forms in perpetuity.

This stunning array of images is a tribute to the scope of Harryhausen’s imagination and his artistic skills which no student of special effects or cinema history will want to be without.