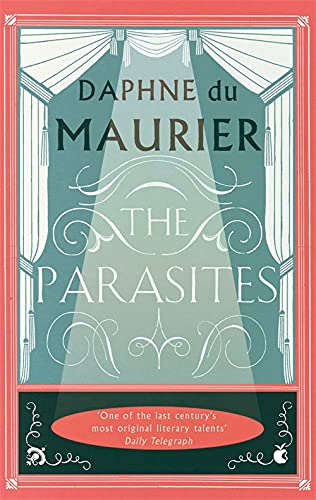 One of the last century's most original literary talents (Daily Telegraph)

She wrote exciting plots, she was highly skilled at arousing suspense, and she was, too, a writer of fearless originality (Guardian)

A novel about three step-siblings of complicated parentage, growing up wildly in a crazy Bohemian theatrical family, inspired by du Maurier's own . . . intriguing . . . captivating . . . [The Parasites] is unexpected, and fun, and one of her own favourites (Margaret Drabble)

'When people play the game: Name three or four persons whom you would choose to have with you on a desert island - they never choose the Delaneys. They don't even choose us one by one as individuals. We have earned, not always fairly we consider, the reputation of being difficult guests . . .'

Maria, Niall and Celia have grown up in the shadow of their famous parents - their father, a flamboyant singer and their mother, a talented dancer. Now pursuing their own creative dreams, all three siblings feel an undeniable bond, but it is Maria and Niall who share the secret of their parents' pasts.

Alternately comic and poignant, The Parasites is based on the artistic milieu its author knew best, and draws the reader effortlessly into that magical world.