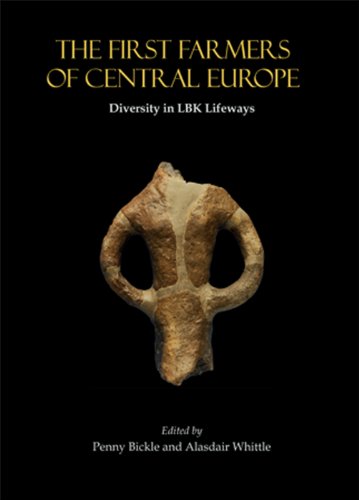 "As an interdisciplinary study combining bioarchaeology and grave good analysis, and as a reflection on uniformity and diversity within 'cultures', "The First Farmers of Central Europe" will be of wide interest to those who are thinking through similar problems in other areas and for other times." -- SirReadaLot.org SirReadaLot.org (On the book) "... an extremely welcome contribution on a comprehensive level." (On the structure of the book) "... the results are summarized and compared and two exemplary individuals are chosen for the presentation of a local lifeway-a vivid and impressive approach." ( On the studies of "traditional material, biological, and theoretical foci") "... raises the discussion to a new level based on multidisciplinary and global work with well-defined standards." "... The First Farmers of Central Europe will surely remain a vivid standard reference not only for global but also for local research on the LBK." -- HEINER SCHWARZBERG European Journal of Archaeology

From about 5500 cal BC to soon after 5000 cal BC, the lifeways of the first farmers of central Europe, the LBK culture (Linearbandkeramik), are seen in distinctive practices of longhouse use, settlement forms, landscape choice, subsistence, material culture and mortuary rites. Within the five or more centuries of LBK existence a dynamic sequence of changes can be seen in, for instance, the expansion and increasing density of settlement, progressive regionalisation in pottery decoration, and at the end some signs of stress or even localised crisis. Although showing many features in common across its very broad distribution, however, the LBK phenomenon was not everywhere the same, and there is a complicated mixture of uniformity and diversity. This major study takes a strikingly large regional sample, from northern Hungary westwards along the Danube to Alsace in the upper Rhine valley, and addresses the question of the extent of diversity in the lifeways of developed and late LBK communities, through a wide-ranging study of diet, lifetime mobility, health and physical condition, the presentation of the bodies of the deceased in mortuary ritual. It uses an innovative combination of isotopic (principally carbon, nitrogen and strontium, with some oxygen), osteological and archaeological analysis to address difference and change across the LBK, and to reflect on cultural change in general.