Verwandte Artikel zu The Boy In The Shadows

The Boy In The Shadows

The Boy In The Shadows 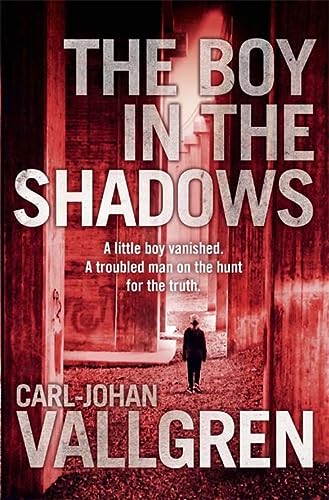 Polished and engaging. I was simply hooked. (Upcoming4Me)

The Boy in the Shadows tells an intriguing story and Vallgren's writing is atmospheric. (Killing Time Crime 2015-01-30)

There's a coldness to the characters and the atmosphere that create a chill even when there shouldn't be. Gotta love Vallgren's work. (Weekend Sport Weekend Sport 2015-01-30)

In an overcrowded Stockholm underground station a father and his two boys are late for their train. Joel, the youngest, is howling in his pushchair and his seven-year-old brother, Kristoffer, refuses to take the lift.

A woman approaches and offers to lead Kristoffer up the stairs. Reluctantly his father agrees, but when he arrives on the platform Kristoffer and the woman have vanished without a trace.

Many years later, Joel, now an adult, goes missing in suspicious circumstances. His wife turns to Danny Katz - an old friend - for help. But Katz isn't the only one trying to find Joel, and the deeper he digs the more secrets he uncovers about the wealthy and powerful family at the heart of the investigation. Then suddenly, the case takes a dramatic new turn.