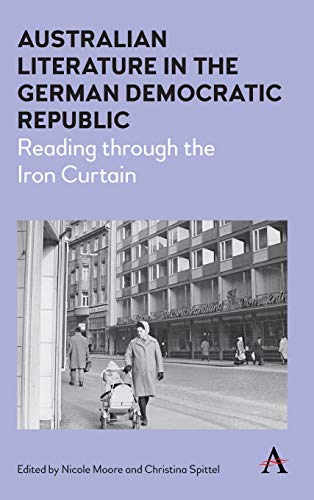 This wide-ranging collection of essays that explore the construction of the land DownUnder provides interesting insights into political and cultural differences between East and West. The book is particularly rewarding for readers who are interested in cultural exchange in general and in the representation of the capitalist West by the socialist East.'
―Irmtraud Petersson, 'Comparative Literature Studies', Volume 55, Number 1, 2018, pp. 224–229 (Review).

‘A compelling case study of the cultural Cold War and its effect on literary exchange.’ ― Professor Wenche Ommundsen, University of Wollongong

‘This is considered, nuanced scholarship of a high order, [with] surprising and illuminating results, far beyond what might have been thought possible ... There are few works of cultural history that offer such a stark and startling dialogic opening-up.’ ― Professor Nicholas Jose, University of Adelaide

An account of fraught and complex cross-cultural literary exchange between two highly distinct - even uniquely opposed - reading contexts, Australian Literature in the German Democratic Republic has resonance for all newly global reckonings of the cultural cold war. Working from the extraordinary records of the East German publishing and censorship regime, the authors materially track the production and reception of one country's corpus as envisioned by another. The 90 Australian titles published in the GDR form an alternative canon, revealing a shadowy literary archive that rewrites Australia's postwar cultural history from behind the iron curtain and illuminates multiple ironies for the GDR as a 'reading nation'. This book brings together leading German and Australian scholars in the fields of book history, German and Australian cultural history, Australian and postcolonial literatures, and postcolonial and cross-cultural theory, with emerging writers currently navigating between the two cultures.