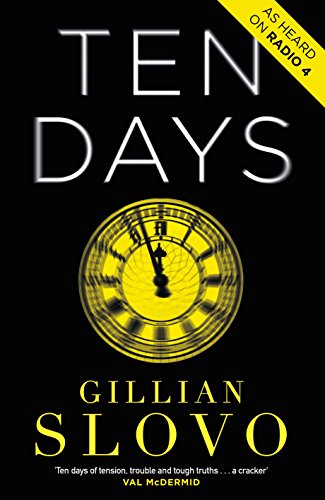 Cracking . . . an acute indictment of the power play between politicians and police . . . Slovo's subject matter could not be more prescient -- LOUISE DOUGHTY * * Guardian * * A page turner intent on keeping you avidly on edge into the small hours * * Metro * * Slovo presents a vivid portrait of the realities of power in Britain * * Daily Mail * * Ten Days of tension, trouble and tough truths - Gillian Slovo tells it like it almost certainly is - she's written a cracker -- VAL MCDERMID The drama is provided by Slovo's eye for detail - she seeks out the exact wrong decisions and blunders that led to the biggest policing-meltdown in the city's history . . . Slovo captures the anger, fear and tension * * The Times * * Ten Days tackles the dangers we all face when politics and policing collide. The result: an unputdownable Slovo read -- SHAMI CHAKRABARTI An extraordinary novel - a page-turner thick with greed, ambition, love and secrets, and simultaneously an incisive portrayal of power and powerlessness in today's Britain -- KAMILA SHAMSIE A very readable, perhaps even rabble-rousing tale about a roused rabble and the water-cannon-firing 'forces of law and order' * * Literary Review * *

It's 4 a.m. and Cathy Mason is watching dawn break over the Lovelace estate. By the end of the day, her community will be a crime scene. By the end of the week, her city will be on fire. In this gripping thriller, a death at police hands has repercussions far beyond one family plunged into grief . . . As violence erupts in the middle of a stifling heatwave, the dead man becomes a useful tactic (or an urgent threat) in political games at the highest level. So while lives are at risk in Cathy Mason's estate, across London in Westminster, careers are being made, or ruined. From a Home Secretary's attempts to unseat a Prime Minister, to a new Met Police Commissioner fighting for his job, to families torn apart: in Ten Days, Orange Prize-shortlisted author Gillian Slovo shows what happens when politics, policing and the hard realities of living in London explosively collide.