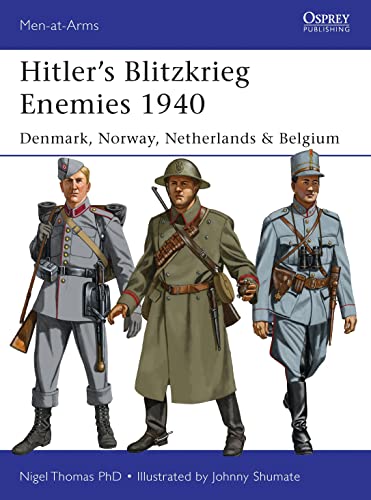 The armies of Denmark, Norway, the Netherlands and Belgium bore the first crushing impact of Hitler's mighty Blitzkrieg war machine in Western Europe, in a campaign that astonished and terrified the world. The German Wehrmacht was millions strong, equipped with the latest guns, tanks and aircraft, and had the priceless advantage of having learned the realities of modern warfare in Poland the previous September. The defenders of Scandinavia and the Low Countries were raised from small populations, and were inadequately funded, trained, equipped and armed. Their modest numbers, inexperience, and largely indefensible borders condemned them to rapid defeat. For this reason they have tended to be neglected by history - in many cases, unjustly. Vastly outnumbered - and, in the case of the neutral Low Countries, with their potential French and British allies reeling under simultaneous attacks - thousands of soldiers fought heroically in the hopeless defence of their homelands against the Nazi juggernaut.