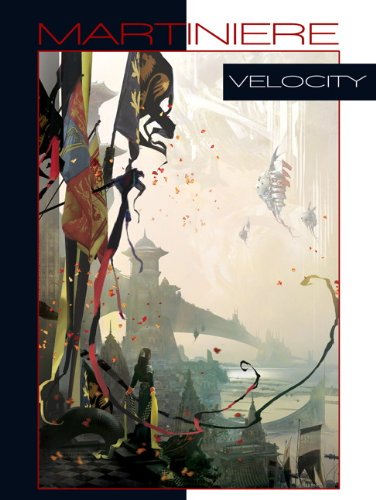 "Velocity" is a stunning new visionary collection from the imagination of acclaimed illustrator Stephan Martiniere. The fantasy and SF artist has worked for numerous film studios, including Disney and Warner Bros., as well as video game companies. This book showcases his sci-fi book cover paintings, commercial and film art, video game designs, and other never before-seen artwork. This is an unmissable title.

Stephan Martiniere is a sci-fi and fantasy artist who has worked on feature films, video games, animation and theme parks. He has worked on video game projects including Myst 5, Uru and Rage, as well as on movies including Star Wars: Episodes 2 & 3, Tron Legacy, Star Trek, I, Robot, The Fifth Element, and Titan A.E. He has also illustrated over 100 comic and book covers.