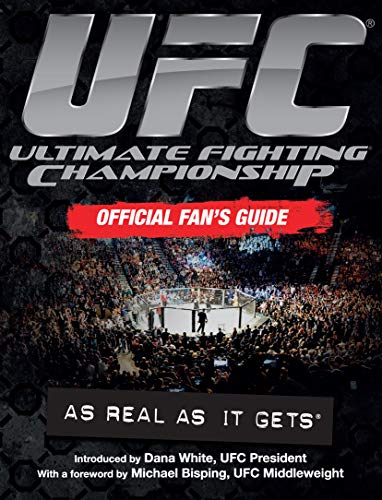 'Offering a peek behind the scenes of the Ultimate Fighting Championship, this book profiles the legendary fighters and looks back at the classic contests and events.' --Fighters Only Magazine, October 2011

'written by Tom Gerbasi, and Anthony Evans, two of the most knowledgeable writers on the planet on boxing and MMA.' - Gareth Davies
--Daily Telegraph blog, 2nd November 2011

'Classic fights, memorable finishes and magic moments abound, with profiles of the UFC's current Hall of Famers, as well as the famous Octagon Girls.'
--TKO MMA blog from Mirror.co.uk

First contested in 1993, the UFC (Ultimate Fighting Championship) is a unique combat sport where elite opponents from a range of different fight backgrounds - Brazilian Jiu-Jitsu, Wrestling, Boxing, Judo, Kung Fu, Karate and Kickboxing - all compete to identify the most effective martial art in a real fight contest. The result is an incredible Mixed Martial Arts spectacle that has taken the world by storm, making it one of the world's fastest growing televised sports. To celebrate this increasing popularity, UFC - The Official Fan's Guide is the ultimate companion to this exhilarating sport. Packed with fascinating exclusive features, striking photographs and amazing facts, it is a must for UFC fans new and old. Fully illustrated throughout with dramatic big fight images, The Official UFC Fan's Guide explains the rules and background of the sport, profiles its top fighters a peek behind the scenes of the Championship and looks back at the UFC's greatest contests and events. The UFC has never been seen like this before.