Verwandte Artikel zu Bookishly Ever After (Ever After Series)

Bandeira, Isabel Bookishly Ever After (Ever After Series) 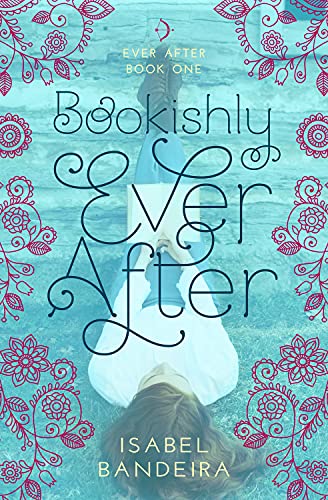 Gr 7-10--Sixteen-year-old South Jersey resident Phoebe has a small but devoted circle of friends, and they gently tease her about her obsession with fantasy books, archery, and knitting. Phoebe feels socially inadequate when it comes to the opposite sex and has a crush on handsome junior class president Kris. She doesn't pick up the clues that gorgeous Dev is very interested in her. Phoebe uses the romance tactics portrayed in her fantasy novels to try to flirt with Kris, and when she permits her friends to help her with makeovers and more trendy and flattering clothing, she's delighted that he finally notices her. On a camping trip where Phoebe is paired up as counselor with Dev, she finally has the opportunity to kiss Kris, but there are no sparks, and she's tremendously disappointed. Well-developed characterization, sparkling and humorous dialogue, and a logical story line combine in author Bandeira's easily relatable debut novel.

In a perfect world, sixteen-year-old Phoebe Martins' life would be a book. Preferably a YA novel with magic and a hot paranormal love interest. Unfortunately, her life probably wouldn't even qualify for a quiet contemporary. But when Phoebe finds out that Dev, the hottest guy in the clarinet section, might actually have a crush on her, she turns to her favorite books for advice. Phoebe overhauls her personality to become as awesome as her favorite heroines and win Dev's heart. But if her plan fails, can she go back to her happy world of fictional boys after falling for the real thing? From costumed booksignings to crushing on the boy who looks just like a hottie love interest, BOOKISHLY EVER AFTER is an ode to book nerds. Readers also get a peek into Phoebe's books as she tries to transform herself into the perfect YA heroine.