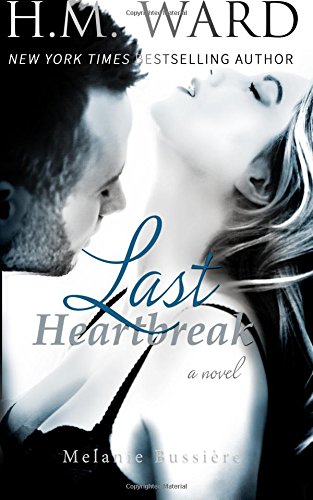 When a hot guy with blazing blue eyes and a sexy smirk saves my ass and covers up my sins, I know I'm screwed. He's poor, and is probably morally deprived like every other ass I've attracted recently.

I admit it. I'm a moron magnet. If the guy's a dick, then he sweeps me off my feet and promptly stabs me in the back. Billionaires are all the same. I've fallen for loser after loser, which earned me the classy reputation of being easy. I'm easy on the eyes, easy to bed.

Now I have to figure out if he's an ally or an enemy. I need a friend, a real one, and not some jerk who's after my money or my name. But If I make the wrong choice, it'll destroy me.

The ledge high above the city was only the beginning. No one can help me now. I'm on my own.
Genre: New Adult Contemporary Romance Type: Novel

New York Times bestselling author HM Ward continues to reign as the queen of independent publishing. She has sold over 12 MILLION copies, placing her among the literary titans. Articles pertaining to Ward's success have appeared in The New York Times, USA Today, and Forbes to name a few. This native New Yorker resides in Texas with her family, where she enjoys working on her next book. You can interact with this bestselling author at: Twitter: @HMWard Facebook: AuthorHMWard Webpage: www.hmward.com