Verwandte Artikel zu A Secret Rage and Sweet and Deadly

Harris, Charlaine A Secret Rage and Sweet and Deadly

A Secret Rage and Sweet and Deadly 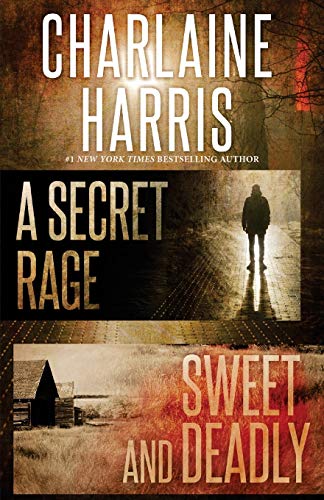 In A Secret Rage, former New York City model Nickie Callahan moves back to the South-before quickly learning that Knolls, Tennessee isn't the quiet town she remembers from her youth. Someone is attacking women, and when the violence affects Nickie personally, she resolves to catch the assailant at any cost.

In Sweet and Deadly, newspaper reporter Catherine Linton returns to the sleepy Southern town where she grew up after learning of her parents' deaths in a car accident. She soon stumbles on the startling revelation that it wasn't an accident at all-and that there are plenty of secrets hidden in places she least expects. Blending small-town Southern intrigue and harrowing suspense, these two crime novels will be sure to please fans of Charlaine Harris, #1 New York Times bestselling author of the Aurora Teagarden mysteries, which have been adapted by Hallmark Movies & Mysteries, and the Midnight, Texas series, recently adapted for television by NBC. BiografĒa del autor:

Charlaine Harris is a New York Times bestselling author for both her Sookie Stackhouse fantasy/mystery series and her Aurora Teagarden Mystery series, now a series of movies on the Hallmark Movies Channel. She has lived in the South her entire life.