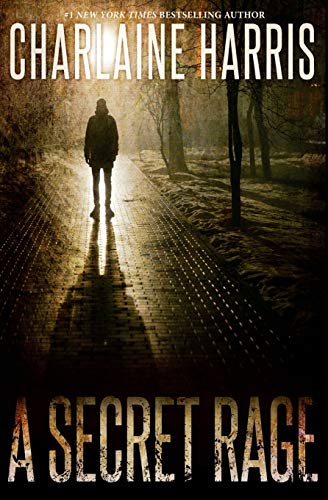 Dropped by her agent, New York City model Nickie Callahan decides to start over-moving back to the South to finish school at Houghton College in Knolls, Tennessee. But Knolls isn't the quiet town Nickie remembers from her youth. A rapist is targeting the women of Houghton, growing bolder and more vicious with each brutal attack, leaving the community gripped by fear.

When the violence affects Nickie personally, she moves from fear to fury-resolving to catch the rapist at any cost. After joining forces with another survivor, Nickie discovers that the attacks are not random-the rapist knows his victims. With that small clue, and an ironclad determination to stop him from striking again, Nickie begins the grim search for the relentless assailant hiding in plain sight.

A Secret Rage is a gripping thriller from Charlaine Harris, the #1 New York Times bestselling author of the Sookie Stackhouse novels, as well as the award-nominated Aurora Teagarden, Lily Bard, and Harper Connelly mysteries.