The Lost Ones (Hidden Histories) 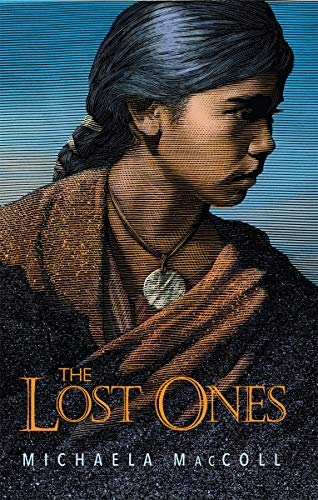 Despite her father's warnings that their tribe is always in danger, Casita, a ten-year-old Lipan Apache girl, has led a relatively peaceful life with her tribe in Mexico, doing her daily chores and practicing for her upcoming Changing Woman ceremony, in which she will officially become a woman of the tribe. But the peace is shattered when the U.S. Cavalry invades and brutally slaughters her people. Casita and her younger brother survive the attack, but are taken captive and sent to the Carlisle Indian School, a Pennsylvania boarding school that specializes in assimilating Native Americans into white American culture. Casita grieves for her lost family as she struggles to find a way to maintain her identity as a Lipan Apache and survive at the school. Includes author's note and bibliography.

Michaela MacColl is the award-winning writer of several historical fiction novels, including Always Emily, Nobody's Secret, Prisoners in the Palace, and Promise the Night, and the co-author of Rory's Promise and Freedom's Price. She has degrees in multidisciplinary history from Vassar College and Yale University. She and her family live in Westport, Connecticut. michaelamaccoll.com