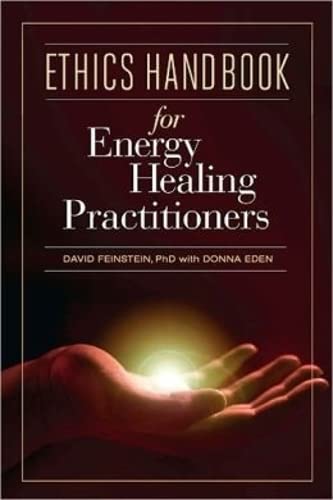 Ethical principles are far more than mere rules or regulations - they are maps for bringing out your best as a caregiver and healer. Responding to a lack of articulated or standardized ethical guidelines for energy healing practitioners, David Feinstein, PhD, and Donna Eden developed a professional curriculum that has become one of the country's most successful and effective energy medicine certification programs. Now, this comprehensive, case-oriented guide allows veterans of the field and newcomers alike to work through a wide range of ethical dilemmas before they arise, helping you to prevent professional errors that could hurt you, your clients, and your practice.

DAVID FEINSTEIN, Ph.D., a clinical psychologist, has served on the faculties of The Johns Hopkins University School of Medicine, Antioch College, and the California School of Professional Psychology. He has contributed more than 80 articles to the professional literature and five of his eight books have won national awards, including the 2007 USA Book News Book of the Year in the Psychology/Mental Health Category (for Personal Mythology). David recived the Association for Comprehensive Energy Psycholgoy (ACEP) 2012 Outstanding Contribution Award. Click here to read the remarks from ACEP's Founding President, on presenting the award. He and his wife, Donna Eden, direct Innersource, a service organization that has been a pioneering force in energy medicine, energy psychology, and consciousness studies.