Kling, Arnold; Schulz, Nick From Poverty to Prosperity: Intangible Assets, Hidden Liabilities and the Lasting Triumph over Scarcity: The Hidden Story of How Markets Work

From Poverty to Prosperity: Intangible Assets, Hidden Liabilities and the Lasting Triumph over Scarcity: The Hidden Story of How Markets Work 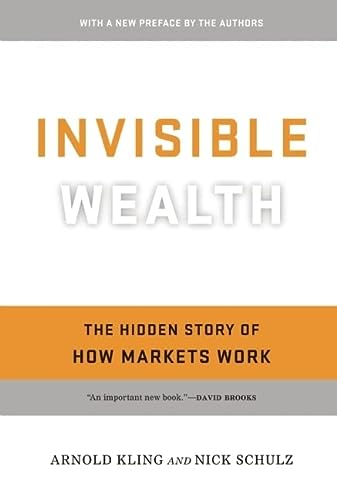 The discipline of economics is not what it used to be. Over the last few decades, economists have begun a revolutionary reorientation in how we look at the world, and this has major implications for politics, policy, and our everyday lives. For years, conventional economists told us an incomplete story that leaned on the comfortable precision of mathematical abstraction and ignored the complexity of the real world with all of its uncertainties, unknowns, and ongoing evolution. What economists left out of the story were the positive forces of creativity, innovation, and advancing technology that propel economies forward. Economists did not describe the dynamic process that leads to new pharmaceuticals, cell phones, Web-based information services--forces that fundamentally alter how we live our daily lives. Economists also left out the negative forces that can hold economies back: bad governance, counterproductive social practices, and patterns of taking wealth instead of creating it. They took for granted secure property rights, honest public servants, and the willingness of individuals to experiment and adapt to novelty. From Poverty to Prosperity is not Tipping Point or Freakonomics. Those books offer a smorgasbord of fascinating findings in economics and sociology, but the findings are only loosely related. From Poverty to Prosperity on the other hand, tells a big picture story about the huge differences in the standard of living across time and across borders. It is a story that draws on research from the world's most important economists and eschews the conventional wisdom for a new, more inclusive, vision of the world and how it works.

ARNOLD KLING was an economist on the staff of the Board of Governors of the Federal Reserve System from 1980-1986 and served as a senior economist at Freddie Mac from 1986-1994. Kling is the author of several books, most recently Crisis of Abundance: Rethinking How We Pay for Health Care. He lives in Maryland. NICK SCHULZ is DeWitt Wallace Fellow at the American Enterprise Institute and Editor of American.com. He is a columnist for The Mint newspaper in Mumbai, India. His writings have appeared in The Wall Street Journal, the Los Angeles Times, The Washington Post, Slate, Forbes.com, among others. He lives with his wife and children in Maryland.