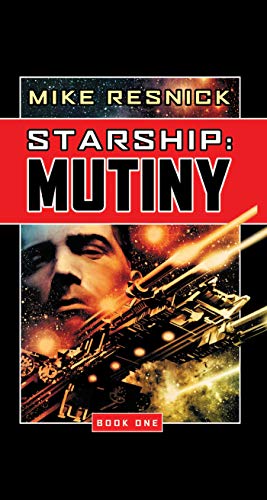 The new first officer on the starship Teddy Roosevelt, Wilson Cole disobeys his commanding officer, takes command of the ship, and wins a major battle in a galactic war, only to find himself up on charges of mutiny, and joins forces with crew members, human and alien alike, who are loyal to him to elude his captors and escape to deep space, in the first in a five-book series.

Mike Resnick has won an impressive five Hugos and been nominated for twenty-six more. He has sold fifty-eight novels and more than two hundred short stories. He has edited fifty anthologies. His work ranges from satirical fair, such as his Lucifer Jones adventures, to weighty examinations of morality and culture, as evidenced by his brilliant tales of Kirinyaga. The series, with sixty-seven major and minor awards and nominations to date, is the most honored series of stories in the history of science fiction. Visit Mike Resnick online at www.mikeresnick.com.