Verwandte Artikel zu The Case for Books: Past, Present, and Future: 256

Darnton, Robert The Case for Books: Past, Present, and Future: 256

The Case for Books: Past, Present, and Future: 256 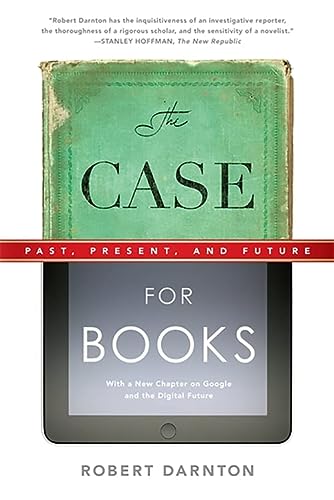 Chronicle of Higher Education, August 29, 2010 "A useful text with which to muse on this subject is Robert Darnton's The Case for Books: Past, Present, and Future (PublicAffairs, 2009). In it, the onetime newspaper reporter, distinguished scholar of the Enlightenment and the history of the book, and director of Harvard's libraries, swings between explanations and concerns about Google Book Search, and how the situation with books today looks in the perspective of history. Many of his observations give pause."

The era of the printed book is at a crossroad. E-readers are flooding the market, books are available to read on cell phones, and companies such as Google, Amazon, and Apple are competing to command near monopolistic positions as sellers and dispensers of digital information. Already, more books have been scanned and digitized than were housed in the great library in Alexandria. Is the printed book resilient enough to survive the digital revolution, or will it become obsolete? In this lasting collection of essays, Robert Darnton,an intellectual pioneer in the field of this history of the book,lends unique authority to the life, role, and legacy of the book in society.