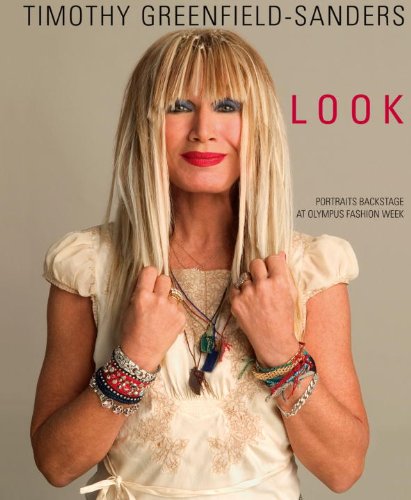 Over the course of these three seasons, Greenfield-Sanders has photographed more than 200 famous faces in his unique and intimate portrait style. Most of these images are being seen for the first time with the publication of Look.

“Look provides unique insights into the wide ranging personalities, from every industry and walk of life, who assemble for Fashion Week,” said Greenfield-Sanders. “Where else would you find Beyoncé, Salman Rushdie, and Jenna Jameson all under the same roof – or in this case, the same tent? Look lets me share the experience of photographing the amazing talents who attend Olympus Fashion Week.”