Verwandte Artikel zu Magical Use of Thought Forms: A Proven System of Mental...

Magical Use of Thought Forms: A Proven System of Mental and Spiritual Empowerment 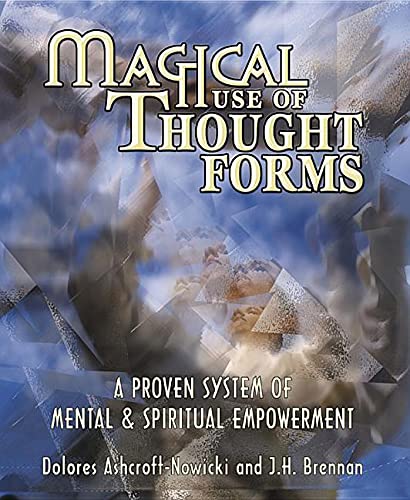 In this comprehensive reference manual, two leading occult researchers present step-by-step instructions, some never before in print, for developing the most basic and essential skills for magical practitioners of any tradition--creating thought forms through astral manipulation. Magical Use of Thought Forms includes sections on the structure of reality and on new visualization techniques to build correct astral images for highly potent magical work, from creating a Familiar or Guardian to building a Memory Palace, Also revealed in this extraordinary guide: The occult art of observation How to build up desire as fuel for a potent astral engine The three-point location of occult power in the physical brain The creation of advanced astral structures including Godforms and angelics, audial images, and astral landscapes The most spectacular aspect of this book is the instruction given for the performance of the legendary alchemical experiment: the creation of the homunculus, an animated form that can last up to several hours.

Dolores Ashcroft-Nowicki is one of the most respected and experienced esoteric practitioners currently at work in the British Isles. Dolores was born in Channel Island of Jersey off the coast of France. She was trained in the Fraternity of the Inner Light and worked as a Cosmic Mediator with Walter Ernest, the Grand Maistre of British Occultism. Dolores is a third degree adept and Qabbalist. She not only teaches the Craft but also is the current director of the Servants of the Light, a Hermetic order descended from Dion Fortune's Society of the Inner Light. She travels extensively, teaching a wide range of occult subjects to pupils in both the U.K. and United States. Ashcroft-Nowicki lives in Channel Island of Jersey with her Husband. J. H. Brennan (Ireland) is the acclaimed author of over 90 books, both fiction and non-fiction, including Forbidden Truth, The Alien's Handbook, and The Spy's Handbook (all published by Faber & Faber), Death: The Great Mystery of Life (Carroll & Graf), Martian Genesis and The Atlantis Enigma (both published by Dell), The Magical I Ching and Time Travel (both published by Llewellyn), and the popular Book of Wizardry (Llewellyn) under the alias Cornelius Rumstuckle. His works have appeared in more than fifty countries in Europe, Asia, North and South America, and Australia. Brennan is best known for his young adult fiction series, Herbie Brennan's Faerie Wars (Bloomsbury) with combined sales exceeding 7.5 million. The creator of several role-playing books, his solo fantasy gamebook series GrailQuest (Dell) has sold over 6.5 million copies. He resides in County Carlow, Ireland with his wife and ten cats.