Verwandte Artikel zu This is Not My Sky: A Novel

Laima Vince This is Not My Sky: A Novel

This is Not My Sky: A Novel 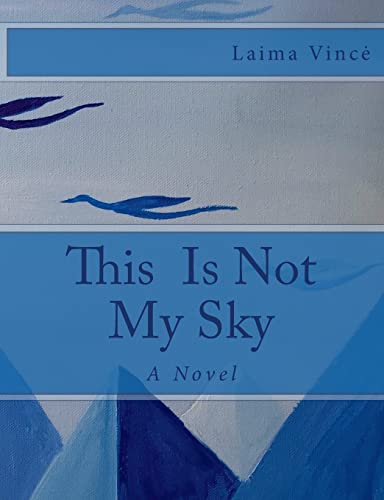 This coming of age story spans two continents and several generations. Based on true events, the story begins with the armed resistance of Lithuanians against Soviet occupation in the 1940s, a struggle that will resonate with many people around the world today. After losing her parents in this “invisible war”, the story’s heroine is able to escape to Poland and then to New York City, where she and then her children grow up. And they grow up and look to find their way in the tumultuous 60s, 70s and 80s against the backdrop of social change, new opportunities for women, and the drug culture – and with the tragic legacy of their home country. Finally, as Lithuania begins to regain its independence in the late 1980s, the characters come to terms with life in their new country, the possibilities of returning to their old country, and their strong but challenging family relationships. The story is gripping, personal and ultimately insightful and rewarding.Paul Landsbergis, New York, 2018This is Not My Sky is a compelling family saga full of tragedies and miracles, secrets and revelations that show human emotions in all their passionate and often irrational complexity. The novel spans the horror of Lithuania in the forties, the grit of the Bronx in the postwar period, and finally redemption of a kind in the eighties as Lithuania helps to engineer the decline and fall of The Soviet Union. The lives of girls and women are the novel’s particular focus, as they struggle for self-fulfillment under conditions of political and domestic tyranny. Antanas Sileika, author of The Barefoot Bingo Caller and Buying on Time