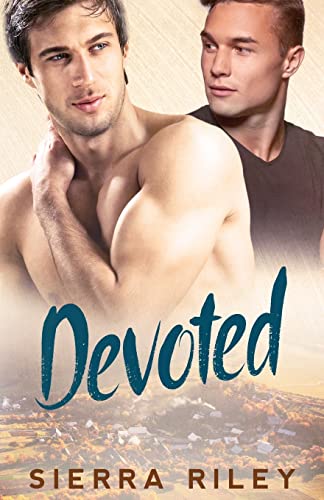 “To have and to hold, in sickness and in health.”

“I can't do this alone.”
Russ Callaghan knew he was going to struggle after his wife’s death. He just never realized how much. As a single dad, he’s tried to balance paying the bills with making time for his son, Ryan. He’s been treading water for a long time and right now, his best friend, Jake, is the only thing keeping him afloat. But when his son needs major surgery, Russ isn’t sure anyone can save him from going under.

“I’d do anything for you. You know that.”
Jake Larson has been in love with Russ since college, but he knows they’ll never be more than friends. Even so, he can’t seem to stop himself from coming to Russ’ rescue. With Russ facing bankruptcy thanks to his terrible insurance, Jake concocts his most desperate plan yet: A sham marriage to get Ryan on his policy.

“You’re the only thing that feels real to me right now.”
It was supposed to be temporary, but when an insurance agent questions the validity of their marriage, Russ and Jake are forced to get a whole lot closer. Jake knows that once their time is up, they’ll go back to being friends regardless of what they’ve shared. But after having Jake as a partner both physically and emotionally, Russ isn’t ready to let go. Can they manage to turn their fake marriage into something real?

Devoted is a steamy, standalone gay romance novel with a HEA and no cliffhangers.

Sierra Riley was born and raised in a small town where she spent all her time reading under trees before she moved to the Bay Area to pursue her own love story. She writes the kinds of books she loves to read: rollercoaster rides with happily-ever-afters. She’s rarely at a loss for ideas, and credits her wonderfully supportive friends with helping her stories actually make it onto the page, as well as her husband and kids for giving her the chance to follow her dreams. When Sierra isn’t busy writing, she enjoys knitting, traveling, listening to the Pet Shop Boys, or just curling up with her dogs and cats and devouring a good book.