Mijares, Primitivo The Conjugal Dictatorship of Ferdinand and Imelda Marcos

The Conjugal Dictatorship of Ferdinand and Imelda Marcos 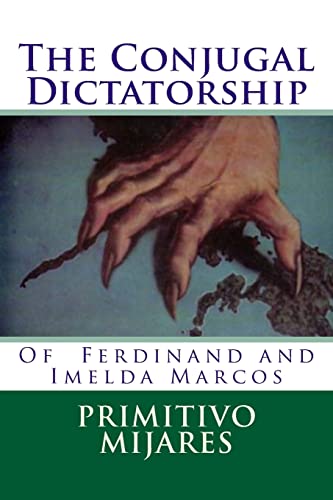 Author’s Foreword This book is unfinished. The Filipino people shall finish it for me. I wrote this volume very, very slowly. 1 could have done with it In three months after my defection from the conjugal dictatorship of Ferdinand and Imelda Marcos on February 20.1975. Instead, I found myself availing of every excuse to slow it down. A close associate, Marcelino P. Sarmiento, even warned me, “Baka mapanis ’yan." (Your book could become stale.) While I availed of almost any excuse not to finish the manuscript of this volume, I felt the tangible voices of a muted people back home in the Philippines beckoning to me from across the vast Pacific Ocean. In whichever way I turned, I was confronted by the distraught images of the Filipino multitudes crying out to me to finish this work, lest the frailty of human memory -- or any incident a la Nalundasan – consign to oblivion the matters I had in mind to form the vital parts of this book. It was as if the Filipino multitudes and history itself were surging in an endless wave presenting a compelling demand on me to San Francisco, California perpetuate the personal knowledge I have gained on the infamous machinations of Ferdinand E. Marcos and his overly ambitious wife, Imelda, that led to a day of infamy in my country, that Black Friday on September 22, 1972, when martial law was declared as a means to establish history’s first conjugal dictatorship. The sense of urgency in finishing this work was also goaded by the thought that Marcos does not have eternal life and that the Filipino people are of unimaginable forgiving posture. I thought that, if I did not perpetuate this work for posterity, Marcos might unduly benefit from a Laurelian statement that, when a man dies, the virtues of his past are magnified and his faults are reduced to molehills. This is a book for which so much has been offered and done by Marcos and his minions so that it would never see the light of print. Now that it is off the press. I entertain greater fear that so much more will be done to prevent its circulation, not only in the Philippines but also in the United States. But this work now belongs to history. Let it speak for itself in the context of developments within the coming months or years. Although it finds great relevance in the present life of the present life of the Filipinos and of Americans interested in the study of subversion of democratic governments by apparently legal means, this work seeks to find its proper niche in history which must inevitably render its judgment on the seizure of government power from the people by a lame duck Philippine President. If I had finished this work immediately after my defection from the totalitarian regime of Ferdinand and Imelda, or after the vicious campaign of the dictatorship to vilify me in July-August. 1975, then I could have done so only in anger. Anger did influence my production of certain portions of the manu-script. However, as I put the finishing touches to my work, I found myself expurgating it of the personal venom, the virulence and intemperate language of my original draft. Some of the materials that went into this work had been of public knowledge in the Philippines. If I had used them, it was with the intention of utilizing them as links to heretofore unrevealed facets of the various ruses that Marcos employed to establish his dictatorship. Now, I have kept faith with the Filipino people. I have kept my rendezvous with history. I have, with this work, discharged my obligation to myself, my profession of journalism, my family and my country. I had one other compelling reason for coming out with this work at the great risks of being uprooted from my beloved country, of forced separation from my wife and children and losing their affection, and of losing everything I have in my name in the Philippines — or losing life itself. It is that I wanted to make a public expiation for the little influence that I had . . . .(more inside)