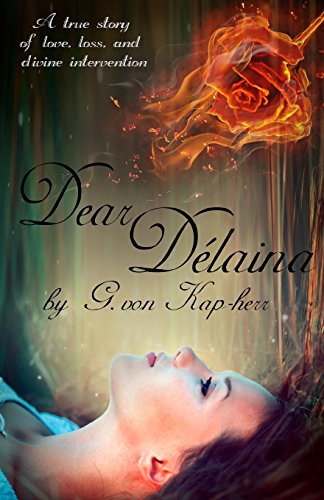 Josef was married for 65 years to an “angelic” woman, meaning she was very spiritual, but not particularly worldly. She never had a paying job, but lovingly raised three children and kept a beautiful home. The story begins with her death at the age of 87 and the complete despair with which Josef, then aged 88, finds himself overwhelmed. Before her death, his wife assured him that he would meet another woman to help him complete his mission on earth. He did so, not two months after his wife’s passing. Her name was Délaina and he instantly fell in love with her. Délaina, despite her having saved Josef from despair, was not “angelic”. She had a wonderful heart, big and deep, but she was a very sexual person, spoke her mind, was not afraid to embellish her speech with colorful expletives, and was also Josef’s junior by some 23 years. At the time they met, Délaina was also in a bad way, her husband of 15 years having abandoned her the previous Valentine’s Day. They came together as two wounded souls in need of comfort and companionship, each unable to bear the looming loneliness that their futures seemed to promise. Ten months of turmoil ensued, during which Josef became estranged from all of his friends due to their disapproval of his relationship with Délaina, during which Délaina went through divorce proceedings, during which she and Josef actually bought a small bungalow and moved into it together, and during which the two struggled to lay the groundwork and build a mutual understanding by which they could live peacefully together. After those ten months, on the evening of the day that they went to collect her final divorce papers, Délaina died in Josef's arms of a massive and fatal coronary at the age of 65. Josef was once more left bereft, but this time, thanks to the real world that Délaina showed him exists beyond the shelter he had enjoyed with his wife, he has discovered his purpose. His mission is to speak out in promotion of women’s rights and the abolition of inequality, abuse, and the gender imbalance that threatens to destroy our planet and the future of all humanity. He hopes that this story will enlighten others, but particularly, will give some modicum of strength to women who themselves have suffered, simply by knowing they are recognized, and knowing that even a man of 88 years can be awakened to their plight. There is cause to hope for change in the world.