Tomaric, Jason J FilmSkills Cinematography: Master the art and craft of light and the lens: Volume 2 (Behind the Screen)

FilmSkills Cinematography: Master the art and craft of light and the lens: Volume 2 (Behind the Screen) 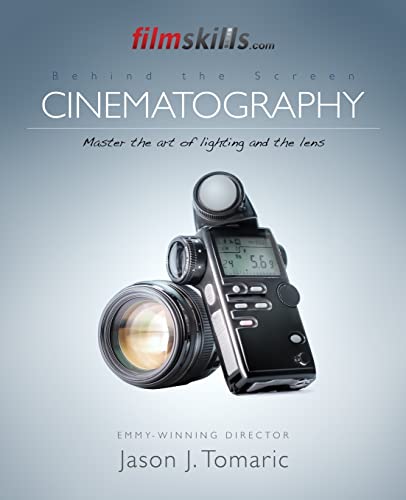 Cinematographers can drench an entire world in mystery, throw characters into a fury of action, and even show us the elated feelings of first love, all by creating emotion through the camera lens, lighting, and the art of composition. Written for both directors and cinematographers, FilmSkills: Cinematography takes you onto the set and gives you the tools to enhance your story through the power of light, and the camera. FilmSkills: Cinematography is your complete reference guide to the techniques of modern cinematography: · Film and digital production processes · Cameras and lenses – from RED to DSLR · The art of creating and crafting light · Grip and rigging tools and techniques · Hollywood framing and composition standards · Camera and lighting equipment reference guides · Fully-illustrated with behind-the-scenes photos · Techniques from award-winning filmmakers

Jason J.Tomaric is an Emmy, Telly, and CINE Award-winning director and cinematographer. With dozens of commercials, feature films, documentaries, and music videos on the market, Tomaric has worked in over 20 countries. Tomaric has taught at some of the most prestigeous film schools in the nation, and has developed FilmSkills – the largest online film school that services over 50 universities and has trained thousands of aspiring filmakers.