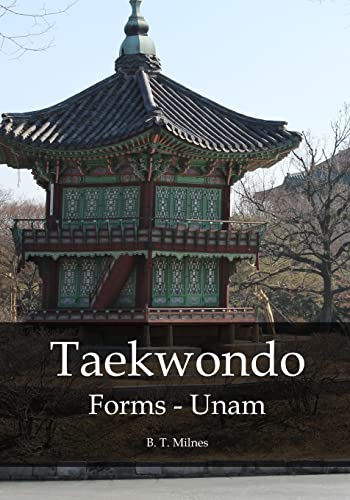 A 'lost' form is a form that was once practised often by the students of a martial art, but which in time has been forgotten, and information about it lost. Taekwondo is a relatively new martial art – being only sixty years old as of 2015. However, in that time, there are a few forms which have been forgotten.

Unam is one such ‘lost’ form. Practised in the formative years of Taekwondo, the only evidence of it that remains today is in Choi Hong-hi’s first edition Taekwondo textbook in Korean. (The form never made it into the English editions.) Now, more than fifty years after the form has been practised, B. T. Milnes has translated the section of Choi’s 1959 textbook that describes the movements of the form.

With this book, a supplementary text to Taekwondo Forms, find out what became of this ancient form, and why we no longer practise it. This book contains a line-by-line translation of the movements of the form, with detailed annotations as to what particular words and phrases mean, and how the terminology has changed in the decades since. The book also contains a discussion about the form, and a description of the movements using modern terminology, so that you can practise and perform the form yourself.