Verwandte Artikel zu Your Brain Electric: Everything you need to know about...

Lee, James Your Brain Electric: Everything you need to know about optimising neurotransmitters including serotonin, dopamine and noradrenaline

Your Brain Electric: Everything you need to know about optimising neurotransmitters including serotonin, dopamine and noradrenaline 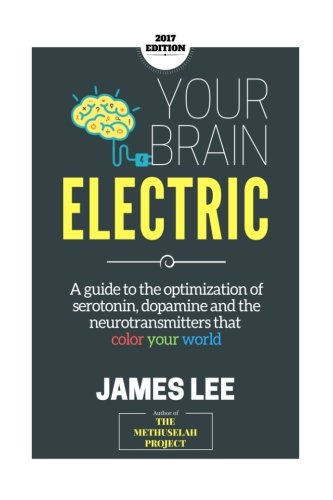 In brain science, there are two phenomena which are becoming increasing common in modern society. Firstly, rates of depression and anxiety disorders are increasing, with as many as one in five people either clinically depressed or anxious at any given time. Secondly, our aging population is revealing a range of cognitive problems associated with aging, including memory loss and other cognitive impairments. Each of these has a common thread - They are underpinned by clear deficits in neurochemical function. You have probably heard that "depression is caused by a serotonin imbalance" (sometimes, but not always, this is the case), however did you also know - - Depression can be caused by low dopamine or noradrenaline (norepinephrine) - Problems with aceylcholine and glutamate can lead to cognitive, memory and attention-related issues - Deficits in your natural opioids (such as endorphins) not only leads to increased pain, but also poor tolerance to stressful life events or situations However the good news is that whether your problem is serotonin, dopamine, noradrenaline, glutamate, endorphins or any of the other major neurotransmitters and neuro-hormones, your situation is usually fixable with either medication, supplements, cognitive behavioral therapy or other lifestyle modifications. They key is to first know exactly how it feels to be deficient in a particular neurotransmitter. For example, did you know that - - Just the simple act of writing out a plan on how you will change your life for the better can boost serotonin and dopamine - Just hanging out with friends and loved ones boosts serotonin - Most people who are diagnosed with depression will receive a medication to boost serotonin, however for many people, serotonin is not their problem - Meditation has been shown to boost serotonin In his latest book, following on from his hugely successful anti-aging book, The Methuselah Project, James Lee gives you all you need to know regarding the major neurotransmitters including - - What they are - What do they do in your brain and body - What are the symptoms when they are depleted - How to boost levels Lee also details some of the more obscure (yet no less important) neurochemicals such as substance P, which has recently been implicated in neuropathic pain conditions and poor tolerance to stress. As always, Lee has focused on creating a book that sticks to the key facts to create a boredom-free exploration of that mysterious electrical activity that is occurring 24/7, between your ears.