Chemical Constituents in Groundwater from Multiple Zones in the Eastern Snake River Plain Aquifer at the Idaho National Laboratory, Idaho, 2005-08 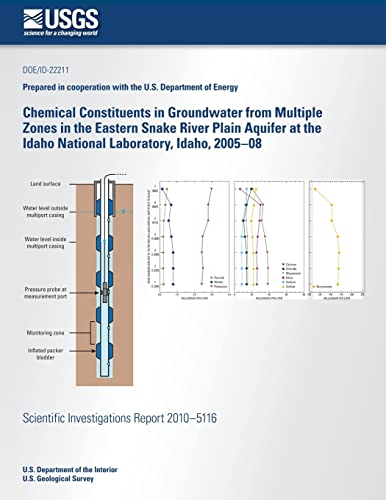 From 2005 to 2008, the U.S. Geological Survey’s Idaho National Laboratory (INL) Project office, in cooperation with the U.S. Department of Energy, collected water-quality samples from multiple water-bearing zones in the eastern Snake River Plain aquifer. Water samples were collected from six monitoring wells completed in about 350–700 feet of the upper part of the aquifer, and the samples were analyzed for major ions, selected trace elements, nutrients, selected radiochemical constituents, and selected stable isotopes. Each well was equipped with a multilevel monitoring system containing four to seven sampling ports that were each isolated by permanent packer systems. The sampling ports were installed in aquifer zones that were highly transmissive and that represented the water chemistry of the top four to five model layers of a steady-state and transient groundwater-flow model. The model’s water chemistry and particle-tracking simulations are being used to better define movement of wastewater constituents in the aquifer.