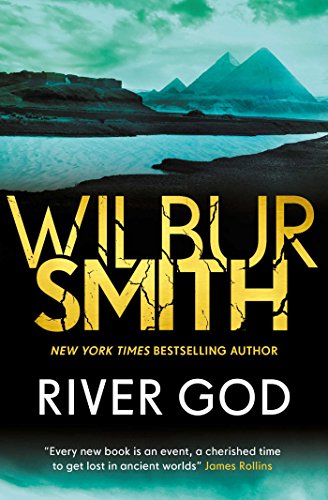 The first book in the epic Egyptian series

The first book in the epic Egyptian series. 'Fame and popularity breed envy in high places, and the adulation of the mob is fickle. they often take as much pleasure in tearing down the idols that they have grown tired of, as they did in elevating them in the first place. It is safer by far to live unseen and unremarked, as I always attempt to do' An ancient kingdom. An incredible destiny. Taita is a humble sale; an expert in art, poetry, medicine, and engineering, as well as keeping important secrets, he is the most treasure possession of Lord Intef. Yet when Intef's beautiful daughter Lostris is married to the Pharaoh, Taita is commanded to follow her, and swiftly finds himself deeper than he ever could have imagined in a world of deception and treachery. But outside the palace, the great kingdom of Egypt is divided, and in even greater danger. Enemies threaten on all sides, and only Taita holds the power to save them all...

Wilbur Smith is a global phenomenon: a distinguished author with a large and established readership built up over fifty-five years of writing with sales of over 120 million novels worldwide. Born in Central Africa in 1933, Wilbur became a full-time writer in 1964 following the success of When the Lion Feeds, and has since published over thirty novels, including the Courtney series, the Ballantyne series, the Egyptian series, the Hector Cross series and many successful standalone novels, all meticulously researched on his numerous expeditions worldwide. His books have now been translated into twenty-six languages. The establishment of the Wilbur & Niso Smith Foundation in 2015 cemented Wilbur's passion for empowering writers, promoting literacy and advancing adventure writing as a genre. The foundation's flagship programme is the Wilbur Smith Adventure Writing Prize. For all the latest information on Wilbur visit www.wilbursmithbooks.com or facebook.com/WilburSmith