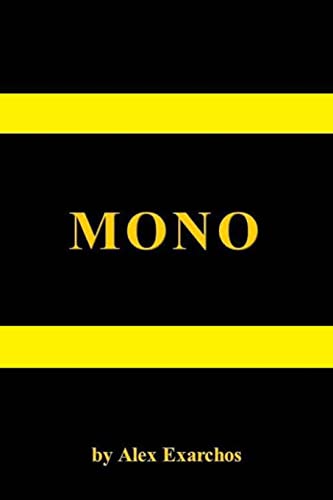 Fantasy, sci-fi and the avant-garde combine to form this ambitious Pandora’s box of a novel that leaves its readers guessing, though they might not be sure which questions to ask.

What happens in these pages is not easily described, but it’s even less easily explained. Divided into 10 wildly different sections, the book first begins in a Spartan room inhabited by a boy and an artifact as mysterious as the monolith in Kubrick’s 2001: A Space Odyssey. The object resurfaces throughout the book. When the boy looks at the “medium size cubical silver box”—a precise description that’s still vague—his eyesight goes blurry, but turning away leads to abstract visions. Do the subsequent sections capture these visions or are we all trapped inside the box? What is certain is that this challenging, experimental novel has tremendous reach, moving from a city bus and spreading outward to the very hem of the universe, where even the laws of physics begin to fray. Among the mysterious objects, metaphysics and politics, genres and space-time bend; one scene is actually set within a Möbius strip. At times, the story feels intricately woven; at others, simply convoluted. Author Exarchos operates in the traditions of James Joyce and Julio Cortazar, daring readers to deduce meaning from what might be madness but what is often a maddening text. Though the story is as engaging and perplexing as an optical illusion, the language is alternately grand and pedestrian. In a section set inside a computer universe made from binary code, “Continuity is sacrificed on the altar of total flexibility. Abolishment of mediation makes chaos less sexy.” But in another a section about old-world seafarers that echoes back to Ulysses (Homer’s version this time), the language slips a bit as a character reflects about his “childhood friend, his best buddy.” This looseness with language—sometimes academic, other times irreverent—might leave readers wondering what Exarchos’ intention truly was. As with the puzzling work of, say, David Lynch or Mark Rothko, the audience may wonder if they “get it” and whether there was ever anything to “get” at all.

A confounding appetizer for the Uroboros, but perseverance may reveal important truths—that is, if there are actual truths be revealed.

“MONO” is a unique book in many aspects. For starters, it was conceived, written, revised and published in less than two weeks time. “MONO” cannot be considered as a pure sample of any known genre. It is close to science fiction, perhaps more than anything else, but still the sci-fi tag does not represent its content to an absolute extent. It has 11 chapters; structured in a very strict and peculiar way: Chapter 1 is one page long (when I talk about page here, I refer to a typical Word A5 size page), then Chapter 2 is two pages long, Chapter 3 is four pages long... Chapter 6 is 32 pages long... Chapter 8 is 8 pages long and Chapter 11 is, again, 1 page. “MONO” is a multi-layered novel that can be read from many different perspectives; however it always manages to be consistent, meaningful and entertaining. In a sense, it is an allegorical story about each one of us, human beings, and how the way we view our lives, other peoples’ lives and the mysterious universe that surrounds us, constantly changes and, yet, constantly remains the same. “MONO” celebrates the inherent paradox and absurdity of existence. It entertains the notion that both heaven and hell can be basically found within our heads. Perhaps, the novel’s tagline is the following phrase taken from it: “There is no shortcut from dreams to reality; there are endless shortcuts from realities to dreams”. In a nutshell, reading “MONO” should be viewed as an exercise of self-awareness and self-actualization by and for the reader. As for the title, let’s just say that, among other things, “MONO” stands for one, lonely and union. Let yourself become absorbed into “MONO”’s magic, it’s worth it!