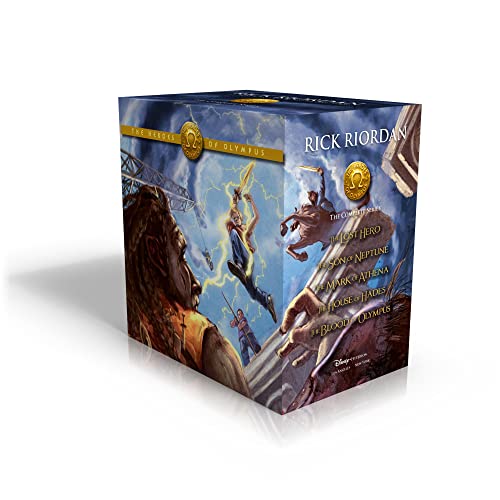 PRAISE FOR THE MARK OF ATHENA

"With a true storyteller's sense of pacing, Riordan creates another compelling adventure, right down to the cliff-hanger at the end. Stay tuned for volume four."--Booklist

PRAISE FOR THE HOUSE OF HADES "Fans won't be disappointed as the cliff-hanger ending from the previous book, The Mark of Athena, leads to further exciting adventures by the intrepid demigods. . . As Annabeth and Percy struggle to survive Tantarus's poisonous atmosphere and creatures, the other demigods must undergo harsh trials. . . but they learn and grow mentally and physically from their experiences. The heroes realize that they cannot change their parentage but they can control their legacy. Fans will be thrilled to know the series continues with The Blood of Olympus in 2014."--School Library Journal

PRAISE FOR THE SON OF NEPTUNE "Should pacing and wit continue unabated into the third volume, whose foretold European setting promises further freshness, fans will eagerly await numbers four and five."--Kirkus Reviews

PRAISE FOR THE HOUSE OF HADES "In this adventure, victories are hard-won and the essence of bravery nuanced, making the journey as satisfying as it is entertaining."--Kirkus Reviews Reseþa del editor:

All five books in the Heroes of Olympus series -- in a hardcover boxed set of heroic proportions. From The Lost Hero to the long awaited Blood of Olympus, this collection will thrill loyal readers and be a go-to gift for new fans of the bestselling series. With five books in one package, no one will miss a minute of the excitement.