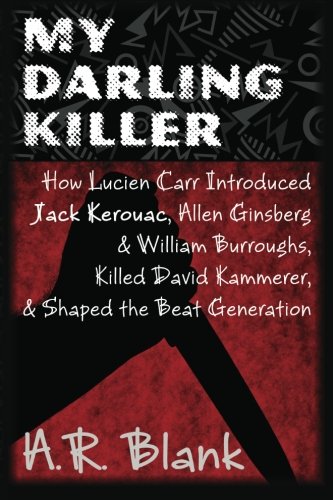 Late on the night of August 14, 1944, after a long night of drinking at the West End bar in Manhattan’s upper west side, a Columbia student named Lucien Carr -- the unusually handsome and engaging young man who introduced Jack Kerouac, Allen Ginsberg and William Burroughs -- entered Riverside Park with his former boy scout master, David Kammerer. There, Lucien killed David and dumped his body in the Hudson River.

Though it could not be known at the time, this murder would prove to be a seminal event in the creation of the Beat Generation.

Today, Lucien Carr is largely forgotten to history. In historical retrospect, it is obvious that Carr’s murder of Kammerer was an immensely significant moment in the formation of the leading Beat writers, Kerouac, Ginsberg and Burroughs, all of whom wrote about the murder. In many ways, the murder can be viewed as the moment of creation of the Beats.

But Lucien’s contribution to shaping the Beat extends far beyond his tragic act. Lucien was an intellectually precocious, and exceedingly well-read youth. He had arrived at Columbia with his ‘New Vision’ philosophy largely developed. He not only introduced the seminal Beats, but often led their discussions. He was the center of this circle of friends who would become greatly influential social, literary and artistic leaders of American culture in the decades to come.

‘My Darling Killer’ is much more than a simple recounting of the murder and the events that led up to it. Using the examples of 19th century French poet Arthur Rimbaud, Fyodr Dostoevsky’s Crime and Punishment, and the classic French film, La Grande Illusion -- all of which had influenced Carr and his ‘New Vision’, this literary history attempts to identify precisely what impact Carr had on the Beats.

This quick and easy-to-read book is extensively researched and footnoted. My Darling Killer features extensive excerpts from the private letters, journals and writings of Ginsberg, Kerouac, Burroughs and others. The author spent weeks combing through the Beat archives at the New York Public Library Berg Collection, and the Columbia University Library Rare Book and Manuscript Collection, and interviewing scholars including John Tytell and Aaron Latham to create this unique literary history.

A.R. Blank is an entrepreneur, technologist and writer, and serves on the faculty at University of Southern California. Originally from New Jersey, he spent almost two decades living in New York City and Venice Beach before moving to Umpqua National Forest in Southern Oregon with his wife, two dogs, cat and cockatiel. He has also lived, worked and studied in England, Russia, Estonia, Georgia and Spain. His undergraduate degree in modern United States history is from Columbia University, and has an MBA from UCLA Anderson.