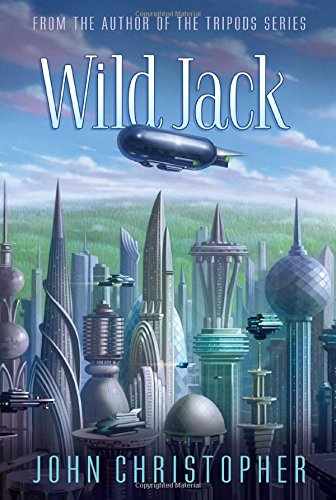 After the disastrous Breakdown of the twenty-first century, the world has made a change. Now, in the twenty-third century, all cities are ordered and sterile, carefully balanced, protected, and isolated from the uncivilized Outlands.

Clive Anderson, the son of a politician, lives a privileged life in one of the cities until he is falsely accused of committing a crime. As punishment he is sent to a training island, where he is supposed to be re-taught how to be an unquestioning member of society, like everyone else in the cities.

But Clive and his friends manage to escape the island, making their way into the forbidden and unknown Outlands, where they are captured by the legendary Wild Jack and his troop of savages. At first, Clive is happy to be part of this wild group, but soon he realizes that things are not at all what they seem...

John Christopher was the pseudonym of Samuel Youd, who was born in Lancashire, England, in 1922. He was the author of more than fifty novels and novellas, as well as numerous short stories. His most famous books include The Death of Grass, the Tripods trilogy, The Lotus Caves, and The Guardians.