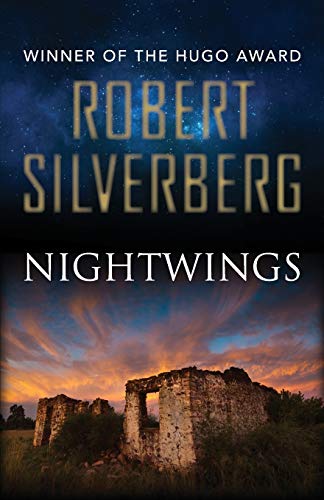 "Robert Silverberg is our best . . . Time and time again he has expanded the parameters of science fiction." --The Magazine of Fantasy and Science Fiction Reseńa del editor:

Robert Silverberg's enduring classic about one man's journey to find salvation for a planet on the brink of destruction "Roum is a city built on seven hills. They say it was a capital of man in one of the earlier cycles. I knew nothing of that, for my guild was Watching, not Remembering." For a thousand years, mankind has lived under the threat of invasion from an alien race. After the oceans rose and the continents were reshaped, people divided into guilds-Musicians, Scribes, Merchants, Clowns, and more. The Watchers wander the earth, scouring the skies for signs of enemies from the stars. But during one Watcher's journey to the ancient city of Roum with his companion, a Flier named Avluela, a moment of distraction allows the invaders to advance. When the Watcher finally sounds the alarm, it's too late; the star people are poised to conquer all. And so, with the world in turmoil, the Watcher sets out alone for the Hall of the Rememberers, keepers of the past, where humanity's last hope for survival might be hidden . . .