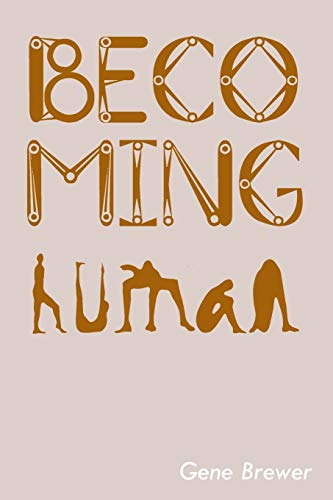 Becoming Human is the story of a human-like artificial brain created by a team of scientists in a neurology laboratory. As Oscar’s intellectual capacity increases with the daily addition of hundreds of neurons, he becomes more and more human, eventually becoming deeply involved in the lives of his creators. All of this raises questions about the meaning of being human, of the soul, and of existence itself. Ultimately, however, Oscar must be dismantled and moved to a new laboratory, with surprising and unforeseen results.

Gene Brewer was born and raised in Muncie, Indiana. He obtained a B.A. (chemistry) from DePauw University and a Ph.D. (biochemistry) from the University of Wisconsin, and studied DNA replication and cell division at UW, St. Jude Children Research Hospital, and Case Western Reserve University. Dr. Brewer is the author of the acclaimed K-PAX trilogy; the memoir Creating K-PAX; a mystery novel, Murder on Spruce Island; a courtroom drama, Wrongful Death; an illustrated novel, Ben and I; and a mainstream novel, Watson’s God. K-PAX IV was published in 2007, and the final episode of the saga, K-PAX V, is due in 2014. He lives with his wife and mixed-breed dog in Vermont and New Brunswick. Hobbies include cosmology, jogging, music, and reading.