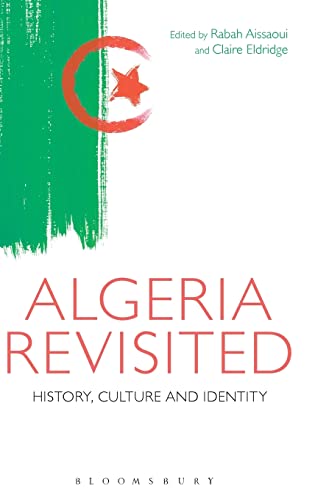 By bringing together new and dynamic pieces of research, Algeria Revisited offers a new perspective on Algeria's ongoing and active engagement with its postcolonial identity and reinforces the enduring importance of the Algerian experience in a global context. * French Review * [An] exciting edited volume on the end of empire in France and Algeria ... this volume will be valuable in undergraduate and graduate classrooms for educators who seek to complicate their students' understanding of France's colonial past and decolonizing present. * H-France * The strength of this volume lies in its critical re-examination of a plurality of Algerian pasts across historical, cultural, and political discourses. If the volume aims to `revisit' questions pertaining to Algeria, it does so successfully within an interdisciplinary framework. * The Journal of North African Studies * Aissaoui and Eldridge have skilfully compiled a diverse and cogent volume. * French History * Eldridge and Aissaoui conceived of a volume that is not only timely by genuinely engaging ... The judiciously selected and juxtaposed chapters in this compelling collection offer real insights into moments of Algerian history and cultures. * Bulletin of Francophone Postcolonial Studies * In this exemplary representation of cross-disciplinary scholarly collaboration, the different authors of this volume (edited by Rabah Aissaoui and Claire Eldridge) provide rich and insightful analyses, through carefully crafted case-studies. * The English Historical Review * Bringing together a refreshing variety of original research, this is an important book that goes well beyond conventional narratives of both colonial and postcolonial Algeria. Sensitive to the political complexities involved, and to issues of culture, gender, language and power, this well-focused collection incisively challenges simplistic dichotomies and mythologies on all sides, rescuing a multiplicity of neglected historical voices from oblivion and opening them up to critical but fair examination. * Daniel Gordon, Senior Lecturer in European History, Edge Hill University, UK * This absorbing volume underlines the continuing topicality of Algeria. Half a century on from its traumatic accession to independence, the postcolonial nation's still contested identity - political, cultural and, especially, memorial - continues to haunt France and to fascinate all those seeking to understand the contemporary Maghreb. Bringing together incisive new research from both sides of the Mediterranean, the Channel and the Atlantic, it makes a forceful case for the abiding and authentically global significance of the Algerian experience. * Philip Dine, National University of Ireland, Galway, Ireland * Algeria Revisited's smart essays open new ways of thinking about the colonial, anticolonial, and postcolonial histories that have become the new center for innovative research on Algeria and France. To pull this off, editors Rabah Aissaoui and Claire Eldridge have assembled a superb cast of scholars who examine, each with their own personality and interest, the drama and the trauma of conquest and independence - an epic struggle that set the stage for one of the world's most complex controversial colonial encounters. The yield here is significant insight, careful analysis, and an honest questioning of the present and past anxieties. It is splendid contribution to the field. * James D. Le Sueur, Professor and Chair of the Department of History at the University of Nebraska, Lincoln, USA *

On 5 July 1962, Algeria became an independent nation, bringing to an end 132 years of French colonial rule. Algeria Revisited provides an opportunity to critically re-examine the colonial period, the iconic war of decolonisation that brought it to an end and the enduring legacies of these years. Given the apparent centrality of violence in this history, this volume asks how we might re-imagine conflict so as to better understand its forms and functions in both the colonial and postcolonial eras. It considers the constantly shifting balance of power between different groups in Algeria and how these have been used to re-fashion colonial relationships. Turning to the postcolonial period, the book explores the challenges Algerians have faced as they have sought to forge an identity as an independent postcolonial nation and how has this process been represented. The roles played by memory and forgetting are highlighted as part of the ongoing efforts by both Algeria and France to grapple with the complex legacies of their prolonged and tumultuous relationship. This interdisciplinary volume sheds light on these and other issues, offering new insights into the history, politics, society and culture of modern Algeria and its historical relationship with France.