The Man In The High Castle (S.F. Masterworks) 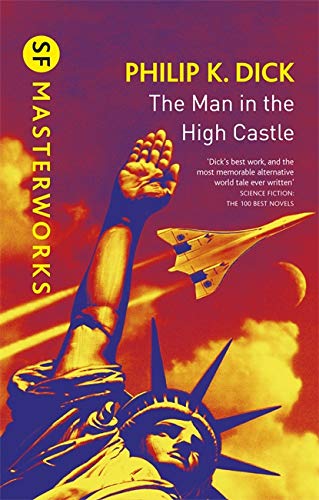 The most brilliant sci-fi mind on any planet - Rolling Stone The single most resonant and carefully imagined book of Dick's career - New York Times Helped shape an entire field of modern fiction: alternate history. It's the definition of genre-defining - Guardian One of the first examples of what would become Dick s signature style: his stories are complex, featuring regular characters altered by much larger events surrounding them, often influencing their perceptions on reality. - Kirkus Reviews California's own William Blake. Visionary and prophet - Daily Telegraph Dick's best work, and the most memorable alternative world tale . . . ever written - SCIENCE FICTION: THE 100 BEST NOVELS

It is 1962 and the Second World War has been over for seventeen years: people have now had a chance to adjust to the new order. But it's not been easy. The Mediterranean has been drained to make farmland, the population of Africa has virtually been wiped out and America has been divided between the Nazis and the Japanese. In the neutral buffer zone that divides the two superpowers lives the man in the high castle, the author of an underground bestseller, a work of fiction that offers an alternative theory of world history in which the Axis powers didn't win the war. The novel is a rallying cry for all those who dream of overthrowing the occupiers. But could it be more than that?

Subtle, complex and beautifully characterized, The Man in the High Castle remains the finest alternative world novel ever written, and a work of profundity and significance.

1. The Man In The High Castle