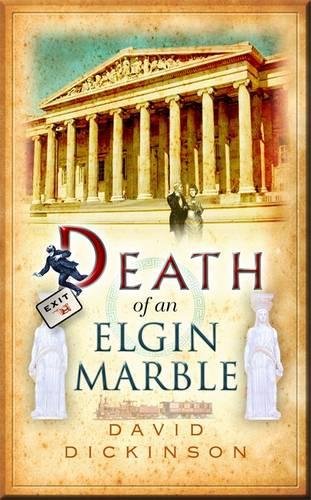 Beguilingly real from start to finish . . . you have to pinch yourself to remind you that it is fiction - or is it? (Peter Snow)

The British Museum in Bloomsbury is home to one of the Caryatids, a statue of a maiden that acted as one of the six columns in a temple which stood on the Acropolis in ancient Athens. Lord Elgin had brought her to London in the nineteenth century, and even though now she was over 2,300 years old, she was still rather beautiful - and desirable.

Which is why Lord Francis Powerscourt finds himself summoned by the British Museum to attend a most urgent matter. The Caryatid has been stolen and an inferior copy left in her place. Powerscourt agrees to handle the case discreetly - but then comes the first death: an employee of the British Museum is pushed under a rush hour train before he and the police can question him.

What had he known about the statue's disappearance? And who would want such a priceless object? Powerscourt and his friend Johnny Fitzgerald undertake a mission that takes them deep into the heart of London's Greek community and the upper echelons of English society to uncover the bizarre truth of the vanishing lady...