Flores, Daniel B. The Santa Rosa Schools: A Journey Through Time

The Santa Rosa Schools: A Journey Through Time 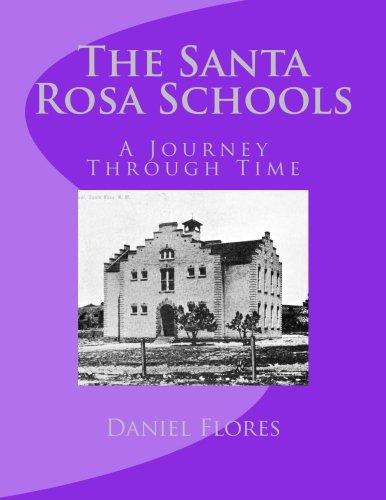 The Santa Rosa Schools includes information about some of the key events that have occurred in the school system over the past 100 plus years. Included is information about how the school has evolved since the first public school building was built in 1904, including the school that was once fondly known as "The Alamo," and the old high school built during the Great Depression as a Works Progress Administration project. Also included are stories about some of the students that attended the school system during that period of time. There is information about graduations, school plays, athletics, band, rodeos, and other school activities. Included are graduation lists dating from the first graduation class in 1912 to 1956. The book also commemorates the New Mexico statehood centennial and the 100th graduating class of Santa Rosa High School, both being celebrated in 2012.

The Santa Rosa Schools, A Journey Through Time, was written by Daniel Flores. Flores worked for the school district for over 40 years, spending the last 25 years as an administrator. The last 16 of those years were as the district's superintendent. He retired in August of 2009 and is enjoying his retirement by working on several local history projects. Key personal and professional accomplishments include being named the New Mexico Superintendent of the Year in 2007 by the New Mexico School Superintendent's Association and being inducted into the New Mexico Activities Association, NMAA, Hall of Fame in 2003. He remains active with the NMAA and enjoys making history presentations to Santa Rosa Elementary School students on a regular basis.