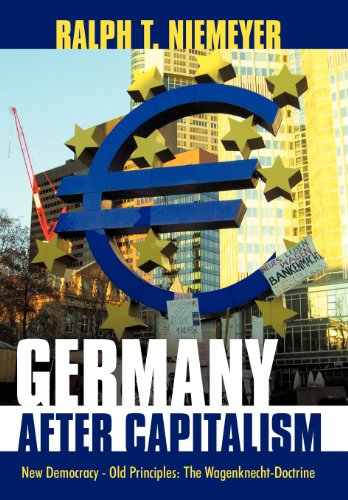 In 1989 hard core "Stalinists" overnight became the best ever imaginable capitalists who managed to privatise the entire economy in Eastern Europe. Nowadays, we observe how the "Masters of the Universe" suddenly be-come anti-globalisation activists raising the question whether we shall trust the populist approach by George Soros and Warren Buffett one more time or whether we should become suspicious as their sudden reasoning may be a way for them to try to avoid imprisonment?

The difference between Socialism and Capitalism is that 23 years ago the Socialists accepted to be dictated the conditions of their surrender while today the capitalistic elite dictates their rescuers their conditions.

An economic model that forces the real economy, our manufacturing industries, to produce only for profit and not for the actual demand leads to the production of an incredible amount of trash that implies wanton destruction of natural resources and climatic calamity.

The present economic system is evidently anti-economical as it destroys economic capacity with all the negative consequences for the vast majority of citizens on this planet as well as nature.

Time is ripe for a new economic system that will reverse these negative effects and that in contrast to the collapsing neo-classical model is mathematically coherent and economically sound while it is based on inclusion and proper management of resources.