Verwandte Artikel zu Safe C++: How to avoid common mistakes: How to Lower...

Vladimir Kushnir Safe C++: How to avoid common mistakes: How to Lower the Bug Count of Your C++ Code

Safe C++: How to avoid common mistakes: How to Lower the Bug Count of Your C++ Code 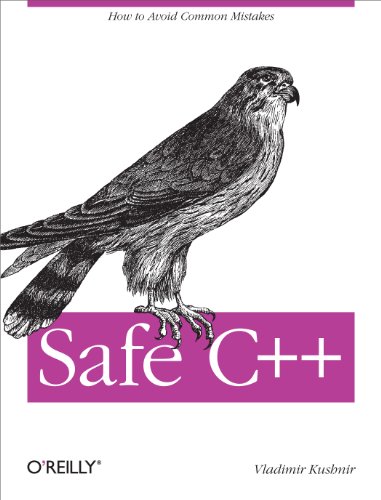 It’s easy to make lots of programming mistakes in C++—in fact, any program over a few hundred lines is likely to contain bugs. With this book, you’ll learn about many common coding errors that C++ programmers produce, along with rules and strategies you can use to avoid them.

Author Vladimir Kushnir shows you how to use his Safe C++ library, based in part on programming practices developed by the C++ community. You’ll not only find recipes for identifying errors during your program’s compilation, runtime, and testing phases, you’ll learn a comprehensive approach for making your C++ code safe and bug-free.

Vladimir Kushnir obtained his Ph. D. in physics at the Institute for Solid State Physics, Academy of Sciences of the USSR. Since that time, Vladimir worked as an experimental physicist, using FORTRAN, C and then C++, while working at Northwestern University and later at the Argonne National Laboratory. He then went to work with Wall Street firms, focusing mostly on calculations called “financial analytics”, and having special interest in taking a calculation and making it run faster, sometimes by an order of magnitude. He lives with his wife Daria in Connecticut and when not programming in C++, enjoys Jazz music and underwater photography in his spare time.