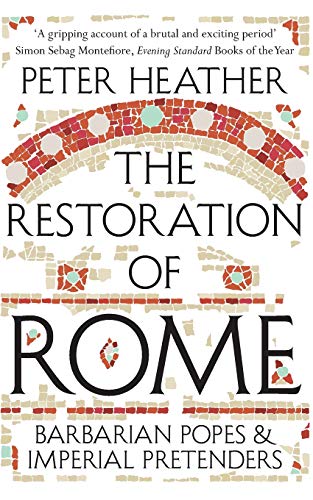 The compelling sequel to Peter Heather's critically acclaimed international bestseller, The Fall of the Roman Empire

In 476 AD the last of Rome's emperors was deposed by a barbarian general and the curtain fell on the Roman Empire in Western Europe. But in many parts of the old Empire, real Romans still lived, holding on to their lands and their values. Across Europe great leaders were determined to reignite the imperial flame and to enjoy the benefits of Roman civilization, among them Theoderic, Justinian and Charlemagne. But it was not until the reinvention of the papacy in the eleventh century that Europe's barbarians found the means to generate a new Roman Empire, an empire which has lasted a thousand years.

'Underlying this rollicking narrative of sieges, sea battles and palace coups is a clever argument about the enduring dream of a universal European realm' Dominic Sandbrook, Sunday Times Books of the Year