Verwandte Artikel zu The Real Wuthering Heights: The Story of The Withins...

The Real Wuthering Heights: The Story of The Withins Farms 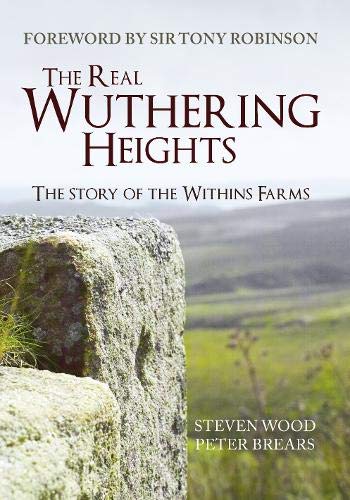 Top Withins farm on Stanbury Moor, West Yorkshire, is internationally famous as the inspiration for Emily Bronte's Wuthering Heights and is visited by hundreds of thousands of people from all over the world every year. Apart from the Bronte connection, it stands on the Pennine Way and is one of the highlights for the many who walk it each year. As well as tracing the history of the Withins farms and their inhabitants from 1567 to the present day, this book looks at the everyday life of the farmers who lived there. It gives a full account of the building history, farming practices, textile production and domestic life over the years, illustrated by Peter Brears' splendid reconstructions of the buildings and their interiors and of the tools and utensils used in farming, weaving and cooking. A walk from Stanbury to Top Withins and back to Haworth is described in detail, including the history of all the farms that are passed on the way. Many of these are now almost forgotten, but a surprising amount of information about them is included. The final chapter gives a full account of the life and work of Timmy Feather, the last of the handloom weavers on these moors. This book is the most complete and wide-ranging account of the life and work of a South Pennine hill farm ever attempted and is of relevance far beyond the small area with which it deals. It will appeal to all who are interested in the history of Yorkshire, to Bronte enthusiasts and to Pennine Way walkers.

Steven Wood has been living in Haworth for over twenty years. Since retiring from Bradford University's School of Pharmacy he has devoted himself to the study of the history of the Haworth area with extensive walking and field work in the upper Worth valley backed up by research in libraries and archive offices. He regularly leads historical walks in the area and gives talks on its history. He has published four books on the Haworth area. Writer and museums consultant, Peter Brears, is one of the country's leading authorities on domestic life in the past, as well as a talented artist and expert interpreter of historic buildings. Among his numerous published works are Traditional Food in Yorkshire, The Country House Kitchen, and Cooking and Dining in Medieval England (Andre Simon Award, 2009).