Verwandte Artikel zu A Time of Torment: A Charlie Parker Thriller: 14. The...

Connolly, John A Time of Torment: A Charlie Parker Thriller: 14. The Number One bestseller

A Time of Torment: A Charlie Parker Thriller: 14. The Number One bestseller 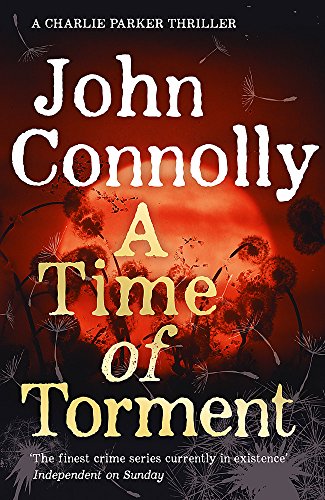 One of the writer's finest achievements . . . Connolly has always been good at the pungent evocation of place, but this self-contained community, almost existing out of time, is particularly striking, even in the Connolly lexicon of a nightmarish, phantasmagoric America. If you are a John Connolly or Charlie Parker fan . . . you will be adding it to your bedside table . . . new readers - start here. -- Barry Forshaw * Independent * Fascinating and bone-chilling . . . a beast of a good read and it has a whopping thumbs up from me -- Liz Robinson * Lovereading * A beautifully realised tale . . . With A Time of Torment, the series sees possibly its strongest volume yet - if you weren't a fan of Parker before, you will be after reading this. * Mass Movement *

Jerome Burnel was once a hero. He intervened to prevent multiple killings and in doing so damned himself. His life was torn apart. He was imprisoned, brutalized. But in his final days, with the hunters circling, he tells his story to private detective Charlie Parker. He speaks of the girl who was marked for death but was saved, of the ones who tormented him, and an entity that hides in a ruined stockade. Parker is not like other men. He died, and was reborn. He is ready to wage war. Now he will descend upon a strange, isolated community called the Cut, and face down a force of men who rule by terror, intimidation, and murder. All in the name of the being they serve. All in the name of the Dead King.