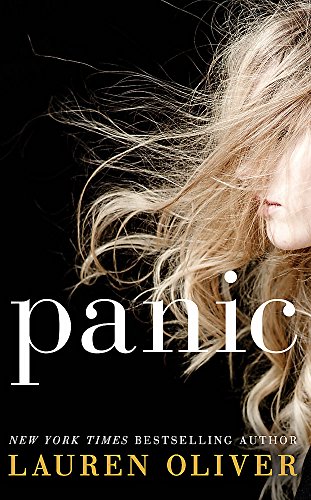 Soon to be a major Amazon Prime Video series. An utterly gripping thriller from bestselling author Lauren Oliver. Panic began as so many things do in Carp, a poor town of twelve thousand people in the middle of nowhere: because it was summer, and there was nothing else to do. Heather never thought she would compete in panic, a legendary game played by graduating seniors, where the stakes are high and the payoff is even higher. She'd never thought of herself as fearless, the kind of person who would fight to stand out. But when she finds something, and someone, to fight for, she will discover that she is braver than she ever thought. Dodge has never been afraid of panic. His secret will fuel him, and get him all the way through the game; he's sure of it. But what he doesn't know is that he's not the only one with a secret. Everyone has something to play for. For Heather and Dodge, the game will bring new alliances, unexpected revelations, and the possibility of first love for each of them - and the knowledge that sometimes the very things we fear are those we need the most. In this gritty, spellbinding novel, bestselling author Lauren Oliver delivers a gripping narrative of friendship, courage, survival, and hope.

Lauren Oliver is the author of YA novels Ringer, Replica, Before I Fall, Panic, Vanishing Girls and the Delirium trilogy: Delirium, Pandemonium and Requiem, which have been translated into more than thirty languages and are New York Times and international bestsellers. She is also the author of two standalone novels for middle-grade readers, The Spindlers and Liesl & Po, which was an E. B. White Read Aloud Award nominee; the Curiosity House series; and a novel for adults, Rooms. A graduate of the University of Chicago and NYU's MFA program, Lauren Oliver is also the co-founder of the boutique literary development company Glasstown Entertainment. She lives in Brooklyn, New York. Find more information at www.laurenoliverbooks.com, or connect with Lauren on Twitter (/OliverBooks) and on Facebook (/laurenoliverbooks).