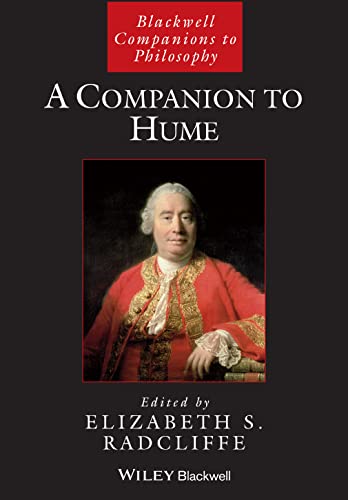 "This is a superb collection of essays by both established Hume scholars and newer names in Hume studies ... such books do this job very well and this one on Hume especially so: the reader is fortunate to have as guides, Louis Loeb on induction, Rachel Cohon on the passions, and Terence Penelhum on religion, to pick, as examples, just three of the excellent range of authors". (Metapsychology Online Reviews, 2011) "Blackwell's fortieth Companion to Philosophy is a splendid and long-overdue Companion to Hume, expertly pulled together by Elizabeth Radcliffe, a former editor of the journal Hume Studies. Although the Blackwell Companions are promoted as a student reference series, this particular volume is clearly of considerable value to serious scholars as well." (Religion in the Age of Enlightenment, December 2010)"One distinctive feature of this Blackwell Companion to Hume is that it attempts to be more careful than is common with books of its sort to mark a distinction between explicating Hume's own ideas and arguments, and assessing their relevance to present-day philosophical discussion." (Notre Dame Philosophical Reviews, February 2009) "[The book is] highly approachable, well-organized, and in a field where a lot is published a distinctive addition." (Reference Reviews, Issue 7 2008) "The essays are of uniformly high quality, and many are written by well-established, respected philosophers... David Hume is widely recognized as one of the most important and influential figures in modern philosophy. Every library should have a copy of this valuable resource, which will appeal to anyone interested in Hume's philosophy. Highly recommended." (Choice)

Comprised of twenty-nine specially commissioned essays, A Companion to Hume examines the depth of the philosophies and influence of one of history's most remarkable thinkers. * Demonstrates the range of Hume's work and illuminates the ongoing debates that it has generated * Organized by subject, with introductions to each section to orient the reader * Explores topics such as knowledge, passion, morality, religion, economics, and politics * Examines the paradoxes of Hume's thought and his legacy, covering the methods, themes, and consequences of his contributions to philosophy