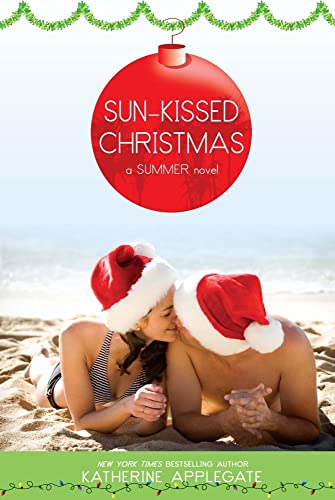 All she wants for Christmas...

Summer is headed to the Keys for winter break, but what should be a fun-in-the-sun holiday is becoming unbearable. Summer hasn’t been able to stop thinking about her ex-boyfriend, Austin, since their summer romance fizzled, and she can’t stand seeing him at the beach with his new girlfriend....

Now Austin is everywhere she goes. She’s reminded of how much fun they had, how gorgeous he is, and what she really wants is what she can’t have. Will it take a Christmas miracle for Summer to survive this holiday season? Or will the mistletoe work its magic?

After Katherine Applegate graduated from college, she spent time waiting tables, typing (badly), watering plants, wandering randomly from one place to the next with her boyfriend, and just generally wasting her time. When she grew sufficiently tired of performing brain-dead minimum-wage work, she decided it was time to become a famous writer. Anyway, a writer. Writing proved to be an ideal career choice, as it involved neither physical exertion nor uncomfortable clothing, and required no social skills.

Ms. Applegate has written more than one hundred books under her own name and a variety of pseudonyms. She has no children, is active in no organizations, and has never been invited to address a joint session of Congress. She does, however, have an evil, foot-biting cat named Dick, and she still enjoys wandering randomly from one place to the next with her boyfriend.