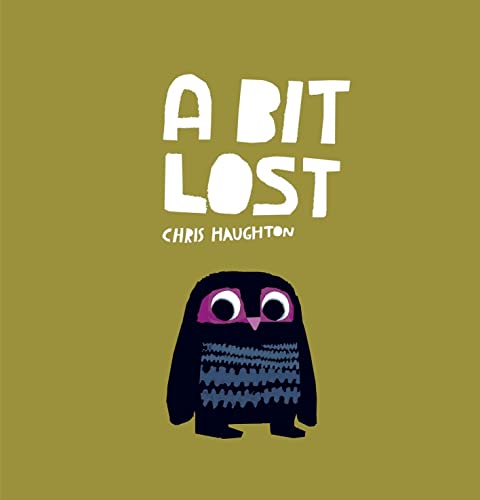 Chris Haughton's heart-warming story of a little lost owl in a gorgeous board book edition!The award-winning debut title from Chris Haughton, the acclaimed author-illustrator of Oh No, George! and Shh! We Have a Plan, this is the heart-warming story of Little Owl - who must be more careful when he is sleeping... Uh-oh! He has fallen from his nest, and with a bump he lands on the ground. Where is his mummy? With the earnest assistance of his new friend Squirrel, Little Owl sets off in search of her, and meets a sequence of other animals., Yet while one might have his mummy's big eyes, and another her pointy ears, they are simply not her. Chris Haughton's striking colour illustrations follow Little Owl on his quest. Which of his new friends will lead him back to his mummy? In a gorgeous board book edition, this is the perfect read-aloud book for little hands to hold.

Earnest and witty in equal measure, tots will love the quirky illustrations. * Pregnancy & Parenting * A captivating debut from one of Booktrust's Best New Illustrators ... is exceptional for its endearing and expressive characterisation, distinctive stylised figures, and unusual palette of ochre, orange, purple, turquoise and indigo, like 1970s' curtains. It makes you smile. -- Nicolette Jones * The Sunday Times *

Chris Haughton is an Irish designer and illustrator. His debut picture book, A Bit Lost, is published into 19 different languages worldwide and has won 13 awards in nine countries, including the Dutch Picture Book of the Year and CBI Book of the Year. His second title, Oh No, George! won the Junior Design Award and was shortlisted for the Kate Greenaway Award. His third picture book, Shh! We Have a Plan, won the Specsavers Irish Children's Book of the Year Junior Award 2014 as well as the Ezra Jack Keats New Illustrator Award in the US. His first app, Hat Monkey, was released in 2014. Chris was also listed in TIME magazine's DESIGN 100 for his work with the fair trade company People Tree and he co-founded NODE, a fair trade social business, in 2012. He lives in East London. Find Chris online at www.chrishaughton.com and on Twitter as @chrishaughton.

Buchbeschreibung Walker Books Ltd. Feb 2013, 2013. Buch. Zustand: Neu. Neuware - PB edition of the incredibly heart-warming story of a little lost owl. When Little Owl falls out of his nest in the night, he sets off on a search for his mummy - encountering a colourful assortment of other animals along the way. 28 pp. Englisch. Artikel-Nr. 9781406344257