The Persian Gulf in History

The Persian Gulf in History 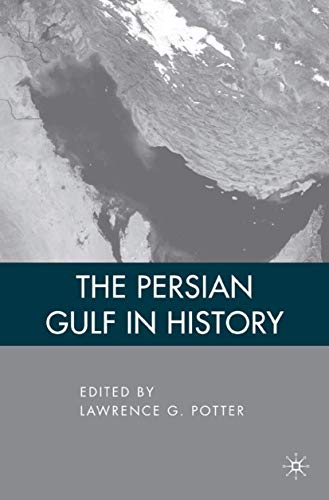 An indispensible guide exploring the history of the Persian Gulf from ancient times until the present day.

"The Persian Gulf in History is a very timely volume. . . It will be indispensable reading for anyone interested in a region whose strategic, political, economic, and financial importance has grown spectacularly in the last four decades. The book is well put together and extremely readable. It should be required for any university-level course on Gulf history and deserves to be on the bookshelf of any serious Gulf scholar." - Uzi Rabi, International Journal of Middle East Studies

"Together, the fifteen contributors provide a multilayered picture of the many historical processes that shaped the modern-day Gulf. The constancy of external power interventions and the cosmopolitan nature of an integrated south Asian-Indian Ocean community stand out from the analysis." - Middle East Policy

"This book provides a fresh, strikingly original and informative reexamination of the history of the Persian Gulf. It encourages us to see the Gulf not as a collection of disparate states but as a unit, with a unique and common culture based on extensive trade, fluid movement of peoples, and a tolerance for diversity. It will be indispensable reading for anyone interested in a region whose strategic, political, economic and financial importance has grown spectacularly in the last four decades." - Shaul Bakhash, Clarence Robinson Professor of History, George Mason University

"The Gulf countries, the keys to the security and economic future of the Middle East, receive meager attention, at best, in university studies. Few professors visit there, and those who visit but one or two countries inevitably come away with skewed impressions. Never has a general work on the history of a region been more sorely needed. And never has there been greater justification for presenting a history as a series of articles embodying various authorial viewpoints. Historical thinking about the Gulf as a whole is still in an embryonic stage, but this collection provides some of the insights that will help its speedy maturation." - Richard W. Bulliet, Professor of History, Columbia University

"The Persian Gulf in History brings together a collection of essays of outstanding importance and quality, each written by a leading authority in the field. This volume represents a signal achievement in the study of the Gulf as a single unit of analysis, from its earliest history until recent times. It also illustrates in fine detail the multiple connections and entanglements between the Gulf and the outside world, whether it be the Indian Ocean or the European and American powers. The picture that emerges is complex, richly textured and marks a new standard in the scholarship on this exceptionally important, yet understudied, part of the world." - Bernard Haykel, Professor of Near Eastern Studies, Princeton University

This edited collection surveys the history of the Persian Gulf from ancient times until the present day. Chapters by leading authorities summarize the internal history of the region and highlight the role outsiders, including the Portuguese, Dutch, Ottomans, British and Americans, have played there. A major theme is the unity and distinct identity of Gulf society and how the Gulf historically has been part of a cosmopolitan Indian Ocean world. Until now, an inability to conceptualize the Gulf's history as a whole has resulted in scholarly attention being focused on small parts of it. This book will instead focus on the society of the entire Gulf littoral and emphasize the connections between the Arab and Persian coasts.