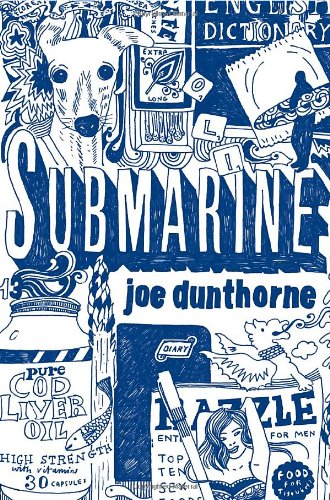 Oliver Tate, a precocious, curious, fourteen-year-old boy growing up in Swansea, Wales, is determined to accomplish all of his goals, from losing his virginity before his fifteenth birthday to uncovering the secrets his parents, neighbors, and girlfriend might be hiding, but his investigative quest soon complicates the lives of everyone around him. A first novel. 25,000 first printing.

Joe Dunthorne was born and brought up in Swansea, South Wales. His poetry has been featured on Channel 4 and Radio 3; he has performed at festivals including Glastonbury, Hay-on-Wye, and Latitude. Now twenty-five, Dunthorne lives in London. Submarine is his first novel.